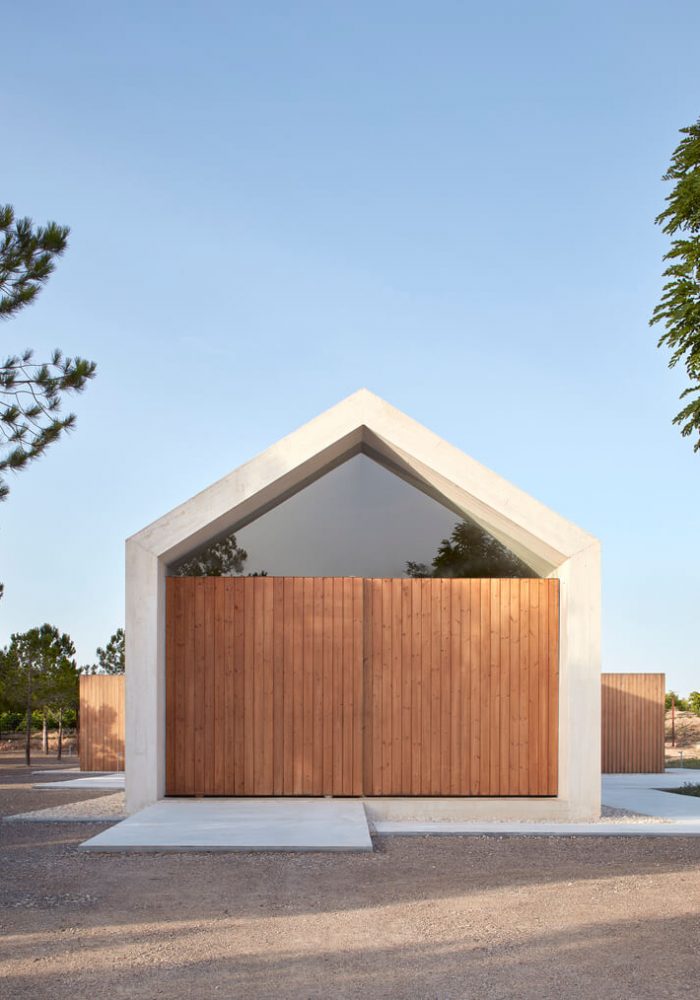 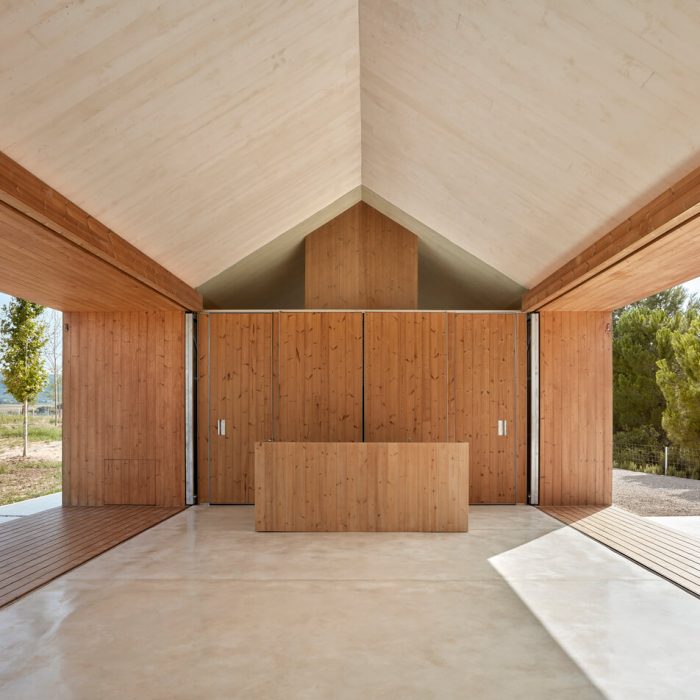 The house is located in the municipality of Fontanars, on the outskirts of the urban area, in an area with large areas of cultivation. The project seeks the maximum landscape and environmental integration, due to its border location between a pine forest area and the vineyards of the farm, practically dissolving into the vegetation. The decision to develop the entire program on one floor contributes to this, in addition to the chosen materiality, which provides tones consistent with the place.
Location
Fontanars dels Alforins
Arquitect
Ramón Esteve 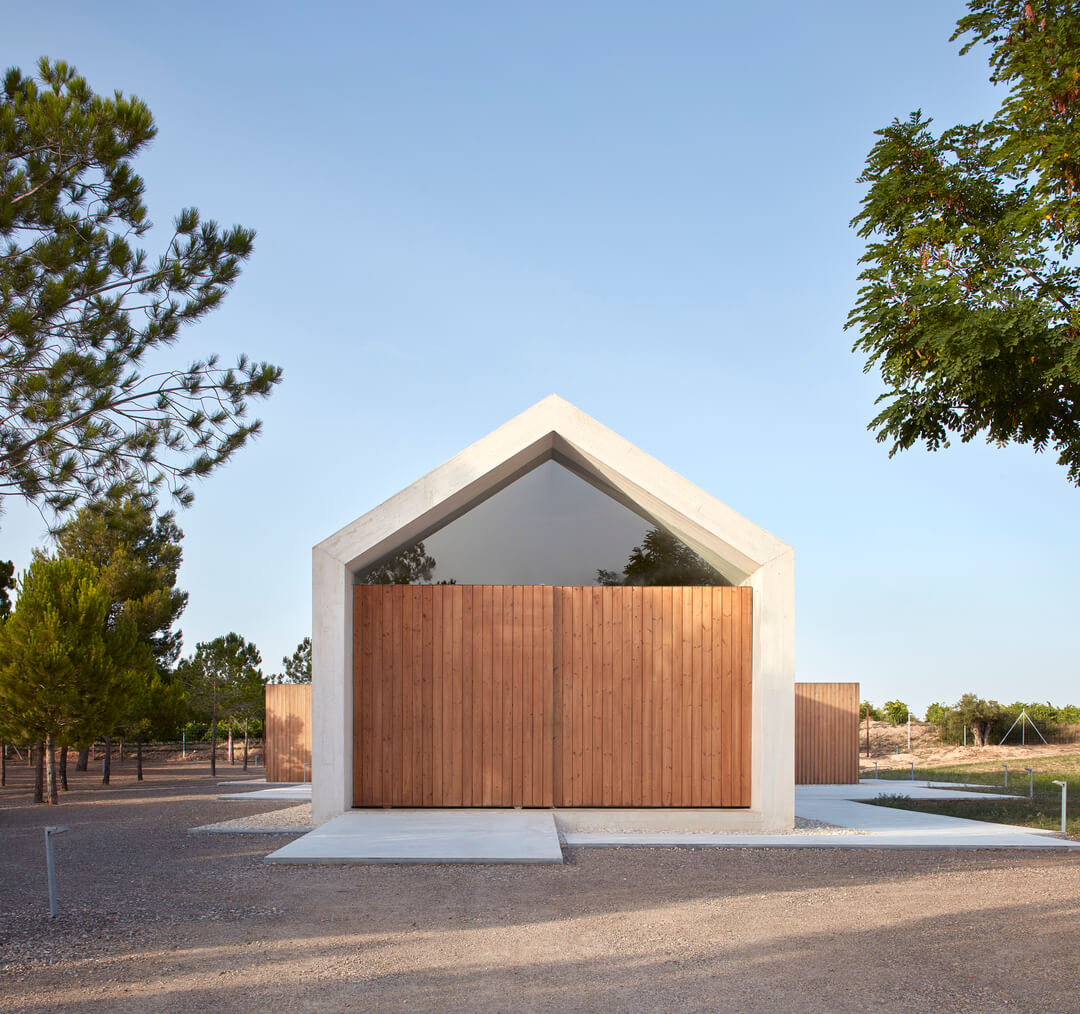 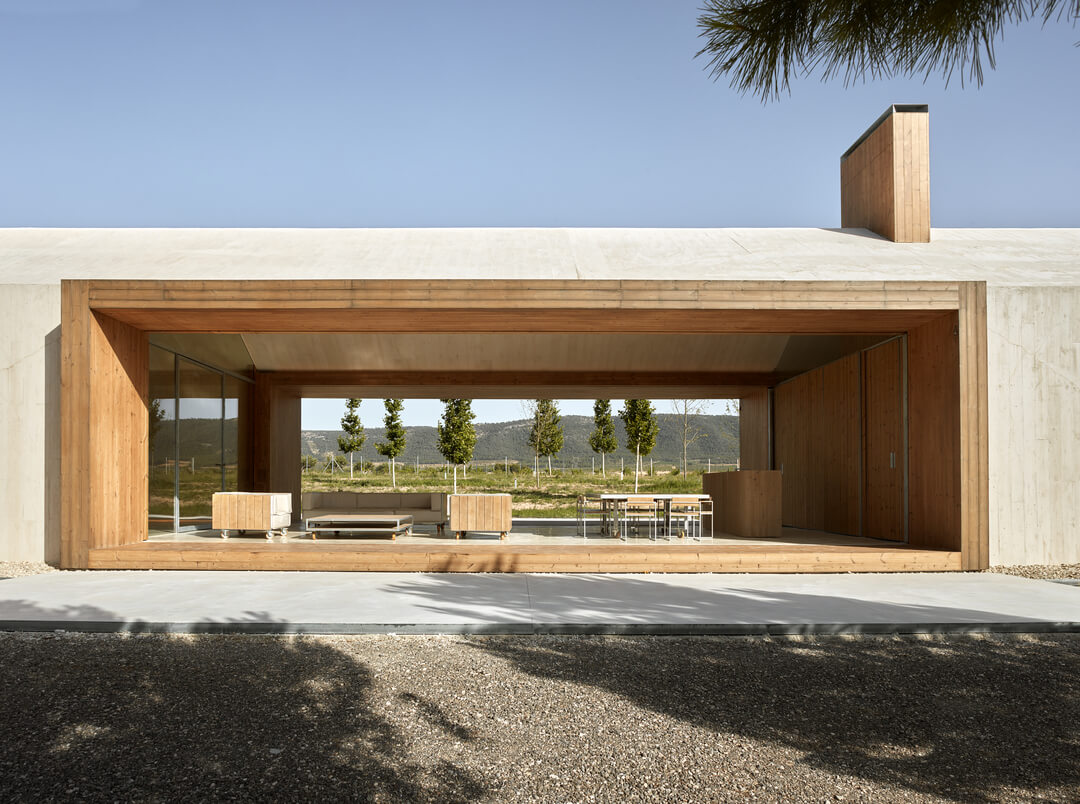 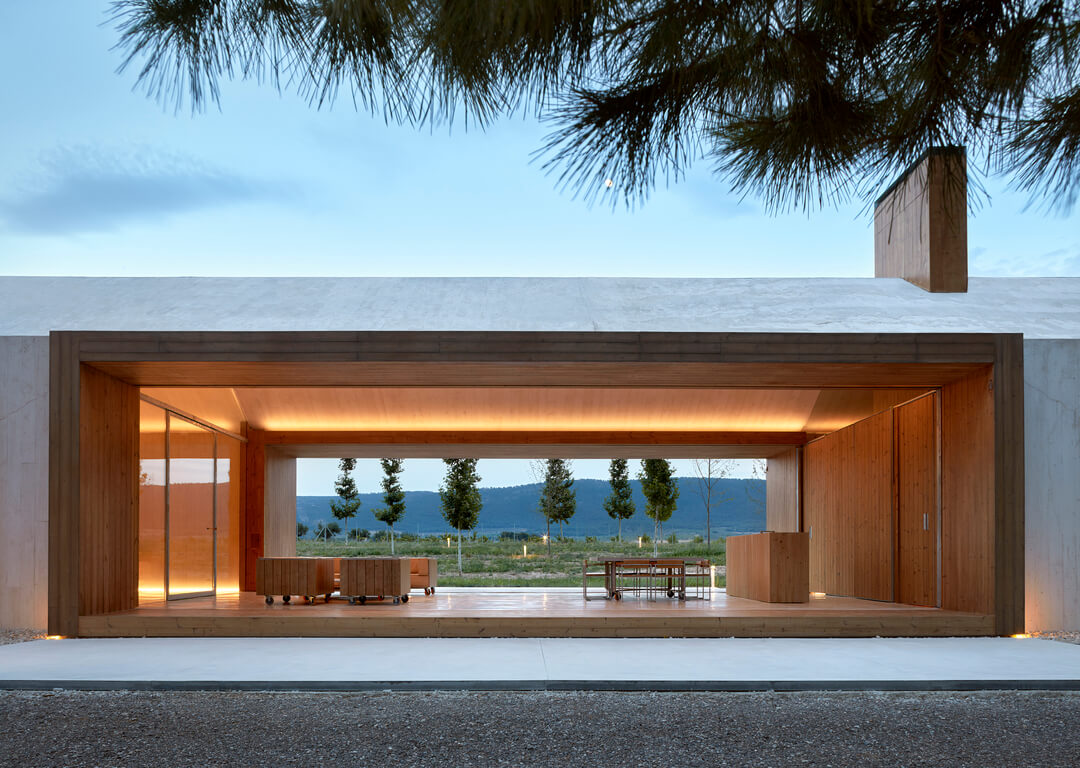 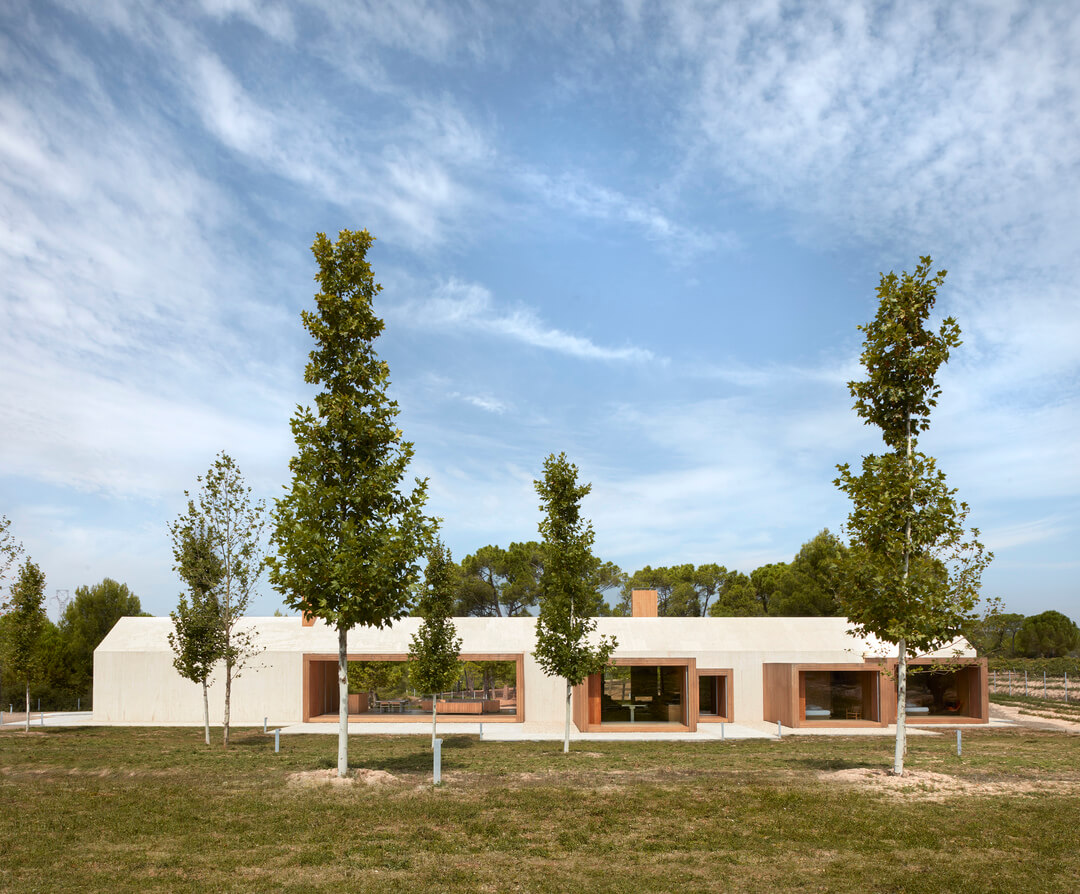 We make buildings more aesthetic with a multidisciplinary approach

Project data: Refuge in the vineyard
Structure
The volume is made up of two monolithic structures that form two large masses differentiated by their material nature, one made of white concrete, both inside and outside, which is intersected by structural boxes made of heat-treated pine wood.
Geometry
Its geometry consists of schematizing the perimeter line that defines the traditional house to later extrude it, forming an envelope under which the entire project will be developed. This line-concept, converted into a long concrete shell, articulates the entire program of the house and is crossed transversely by the rooms materialized as pine wood boxes.
The Porch
A large porch, located at one end, completes the house, offering a rest area linked to a dual landscape. On the one hand, to the most immediate views of the pine forest and on the other to those of vine fields. The set is modulated by the twenty-centimeter planks that make up the wooden boxes and the concrete formwork boards.
Furniture and integration
All the pine furniture and carpentry have been expressly designed for this refuge following this modulation. The materiality is consistent with the nature of its structure, be it white concrete or wood.
More information 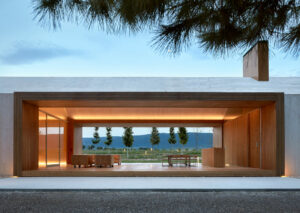 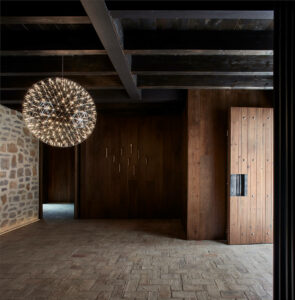 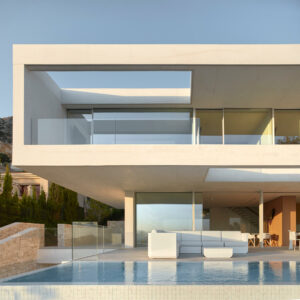 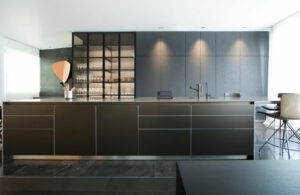 WE BUILD WITH PASSION

Do you have any doubt or suggestion? We listen to you